Divya Dutta: I was an ardent Bachchan fan and I wanted to be in his world of movies — #BigInterview! | Hindi Movie News

Divya Dutta wears many hats. She is a critically acclaimed actor, columnist, and now also a writer. After the success of her first book, ‘Me and Maa’, she is all set to release the second one, titled ‘The Stars In My Sky’ which details her rendezvous with her fellow Bollywood stars. For this week’s #BigInterview, ETimes caught up with the ace actress for a candid chat where she exclusively opened up about her new book, what lured her into the world of cinema, accolades she has been receiving for her portrayal in ‘Sheer Qorma‘, memoirs she would love to read, and more. Read on…

Tell us something about your second book…
I think everyone has a beautiful journey that one is passionate about. For me, it has been my film journey. It is not just a profession for me; It is my calling, my passion. I love this place more so for the people I have met in it, the way they have impacted me, and the way I have picked up things from them in the most unassuming ways, and directly as well. This book is about those people; they are very special to me. While you are growing up, there are people you look up to, and stars who have been your idols. You get opportunities of bonding with them on shoots and otherwise and then the whole equation changes. I think this journey is about that, and these people, who are the stars in my sky. 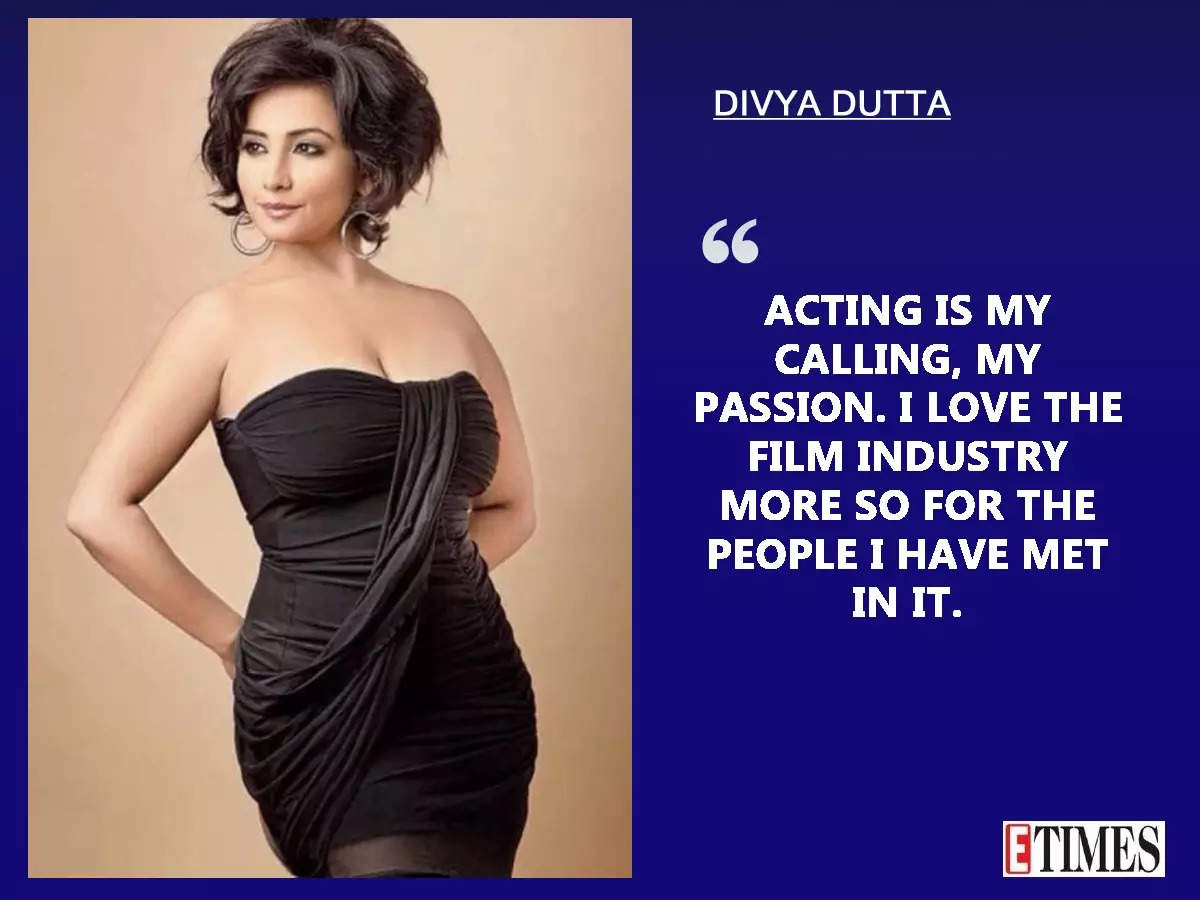 You have been single-handedly brought up by your mother, so you, too, have grown up to be a strong woman like her. It comes as no surprise that you repeatedly get cast in the roles of a strong woman…
Yes, that is true. I do get cast in strong roles. In fact, there has been a time when I felt the need to do something different. I am proud of the fact that my mother has brought me up single-handedly after I lost my dad very early in life. I was barely seven. My mother has been an amazing parent. She took up the role of both my parents and brought us up beautifully.

I believe what you get is what you give to the world. I do kind of exude that strength though not as much as my mother; I wish I was even one-fourth of what she was. But she does inspire me to always keep going. Whenever I fall short of strength, I derive it from her. I guess somewhere that must be showing because I do get those kinds of roles. People actually crave such roles and I have plenty so I am happy. It feels great.

This is one of the best times to be an actor given the OTT space and the content out there. Would you agree?
It is true. This is actually one of the best times to be an actor. OTT is a very democratic medium. Earlier also, in movies, I had started getting my due but we still had these proposals, where you would say who is the hero, what is the star cast. All this has kind of diminished with OTT coming into the picture. What you really want to see here is a good story and a good actor, portraying a good role. It is democratic because stars, newcomers all are now on a level platform. It is up to the audience to decide what they want to watch. I am doing feature films, OTT, and even ads. I have got some kickass roles to play. I feel excited, a little nervous, and very grateful. 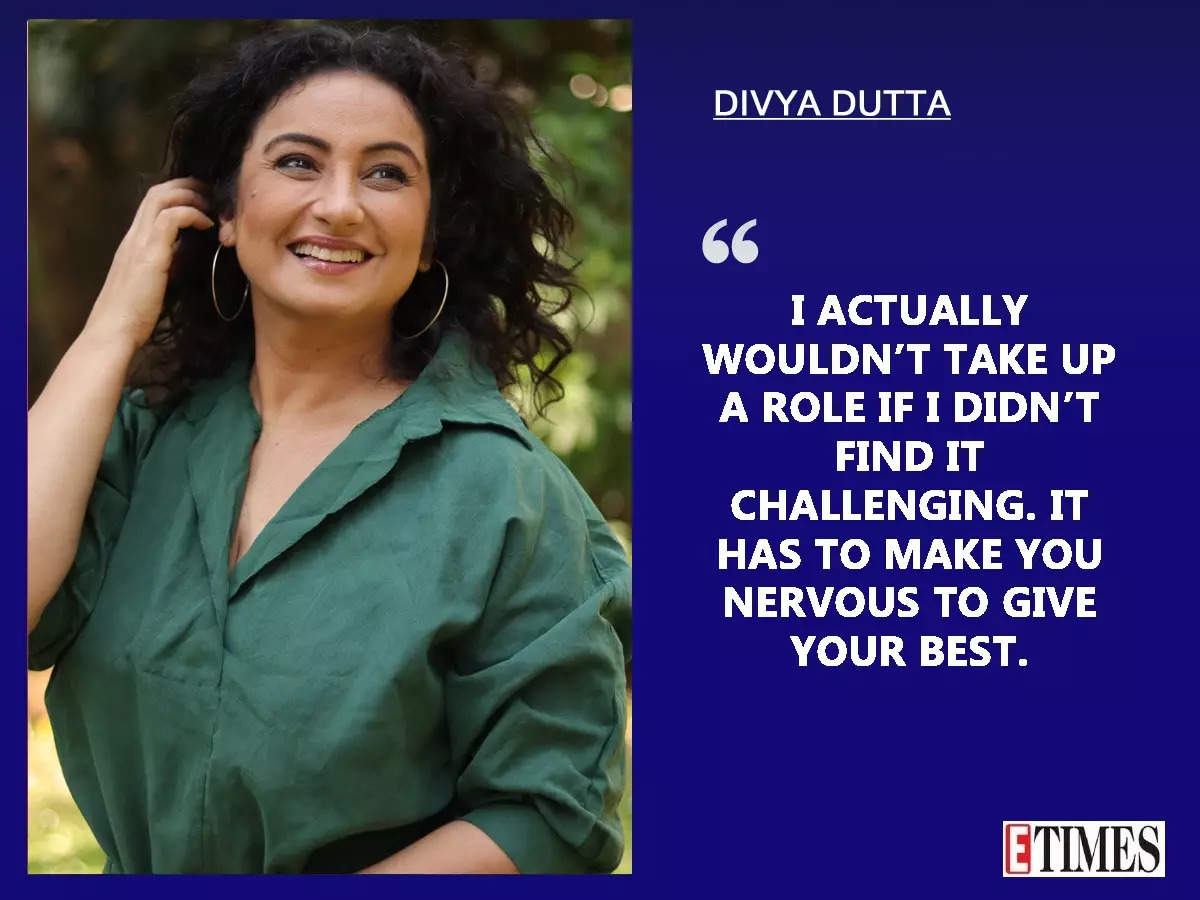 From the myriad of roles that you have essayed on screen, is there any particular role that you consider was the most challenging to date? How did you manage to pull it off?
I actually wouldn’t take up a role if I didn’t find it challenging. It has to make you nervous to give your best. There has to be a certain amount of nervous energy for you to say, ‘Yes, I want to do it’. But if I had to pick some roles that really made me excited and nervous then they would be, ‘Badlapur’, ‘Special 26’, my upcoming film, ‘Dhaakad’ and an upcoming web show with Raja Krishna Menon. These roles have been so distinctly different from who I am that I actually had to discover these roles while playing them. I have really been surprised exploring them and pulling them off. These have been my most challenging works. 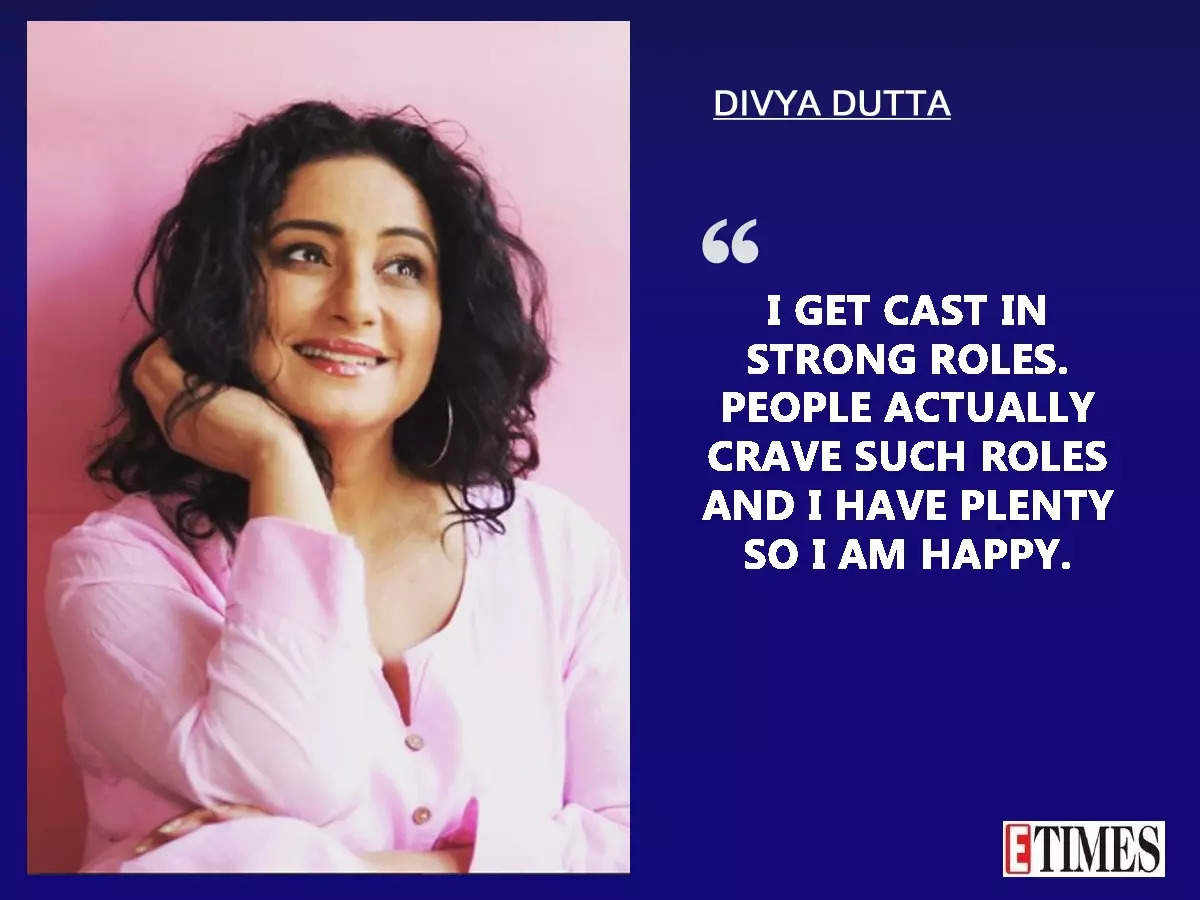 You come from a non-film background. How and when did the acting bug bite you?
Yes, I come from a non-film background. I wasn’t just picked up while I was walking. I wish that had happened. I actually had this fantasy right from the age of four. I was an ardent (Amitabh) Bachchan fan and I wanted to be in his world of movies. So I wanted to be an actor like him. I come from a family of doctors, so I didn’t know how to bring that up except for giving my wish to the universe. I had nothing else to fall back on. All I knew was this was what I wanted to do. I wanted to be on stage, on screen, I wanted to do great roles… and the applause. I used to enact in front of the mirror, announce to myself that the Best Actor award goes to Divya Dutta. I didn’t know that this would actually come true so many years later. Things might seem far-fetched but when you really want them, they happen.

What was your mother’s reaction when you first told her about your acting aspirations?
My mother’s reaction was very interesting, actually. She didn’t know that I had participated in a talent hunt show. Only my brother knew about it as he was the one who had clicked my pictures. We were partners in crime. But when I got selected I had to tell her. I had my exams in a few days so I just went up to her and told her everything and asked her if she would accompany me after my exams. She looked at me silently for some time and asked me softly, if I really wanted to be an actor. I told her I really wanted to give it a try. She told me, ‘I don’t know what the future holds but I will always be there for you’. This statement of hers still remains one of the most special statements of my life. I kind of built my future around this. Knowing that your parents believe in you is the biggest gift that a child can get. I was lucky to have her as my mum.

Was there anyone from the film industry you idolised during your growing-up years?
The people I have idolised in my life are in my book. There is Shabana Azmi, Amitabh Bachchan, Rishi Kapoor, Naseeruddin Shah, Shah Rukh Khan, Salman Khan, Gulzar sahab, Javed sahab. You name them and they are there in the book. It is all about how I met them and how they impacted my life. It has been such a beautiful journey knowing them. 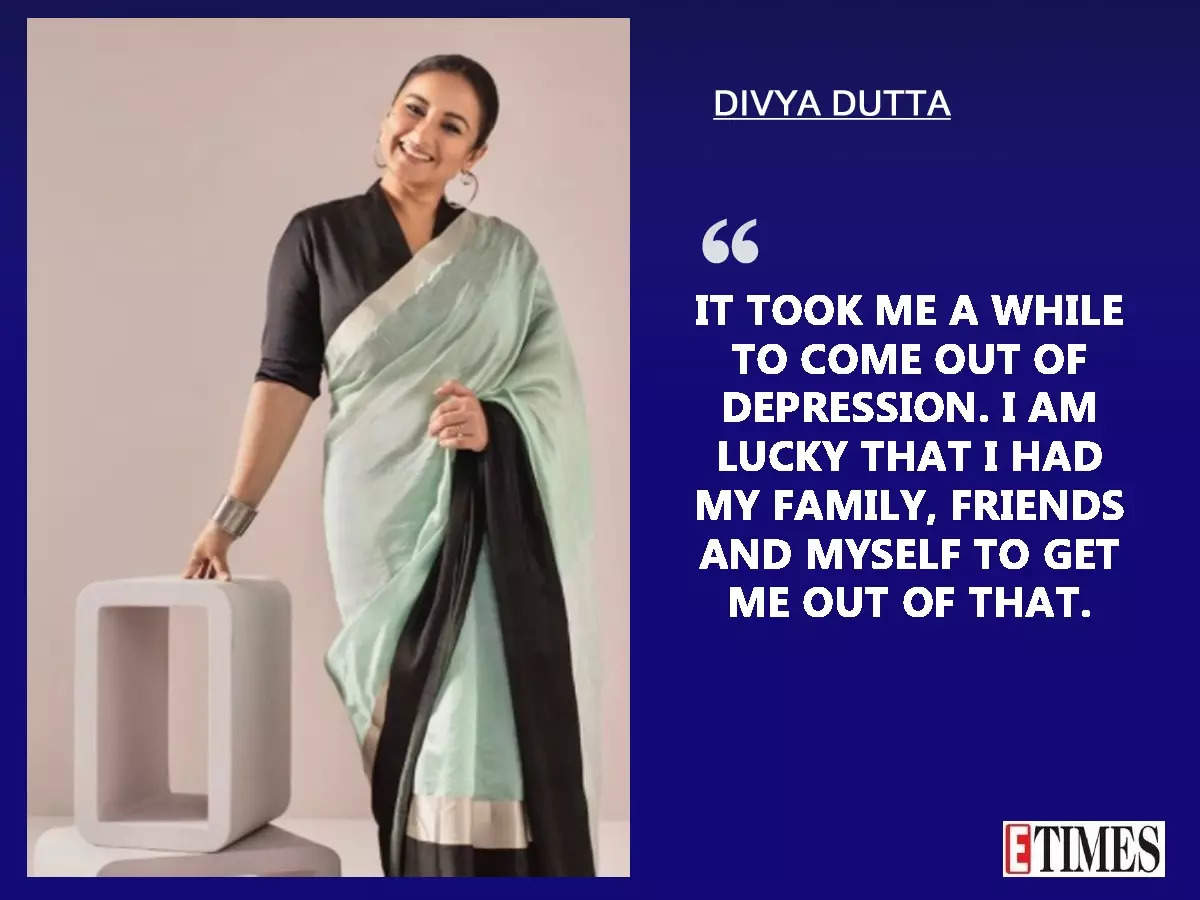 It took me a while to come out of depression. I am lucky that I had my family, friends and myself to get me out of that. It is really very important and should not be ignored.

Which Bollywood celebrity’s life story would interest you the most?
I think everyone has a beautiful story to tell. We always keep these smiling faces, professional fronts but there is a vulnerable human being behind every one. And they have stories to tell and they are not easy at all. They all have had their battles that they have fought. So it would be interesting to know about everybody. For me, I have loved two people very much–Mr Bachchan and Shabana ji. I would love to know their takes on life and their journey. 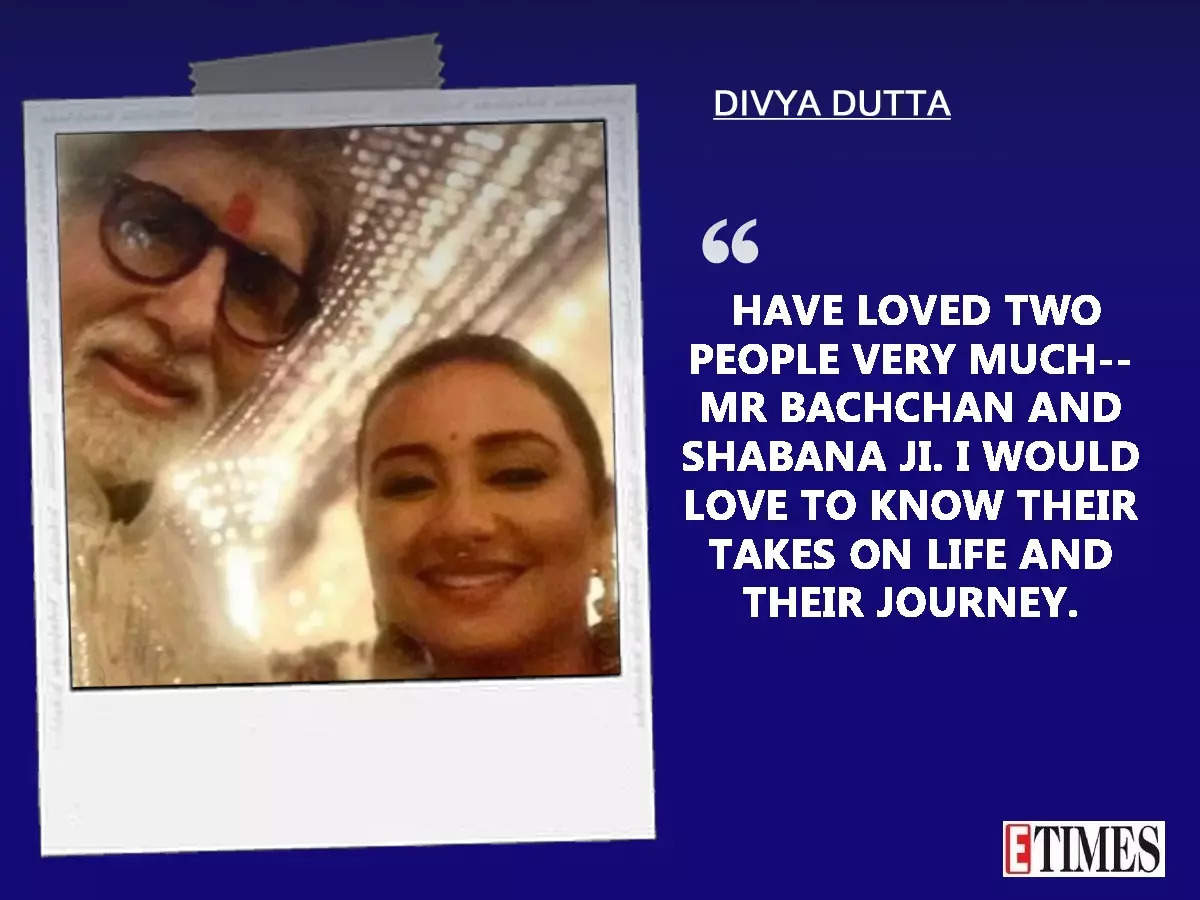 Your film ‘Sheer Qorma’ has been garnering accolades that speaks volumes about the changing mindset of people towards the LGBTQIA+ community. How does it feel?
It feels great to receive all the accolades that have come my way for ‘Sheer Qorma’. I have just come back to India after receiving these accolades in New York. It is great how LGBTQIA+ communities are receiving these kinds of subjects. I feel we should normalise it more… not make it a separate issue, take it in our stride. I have seen people cry while they were watching this film and I will never forget that. I am sure they have taken a slice of the film with them.

What’s next?
I am looking forward to my book, ‘The Stars In My Sky’. With this launch coming up and with all the accolades that have come in, I think it is a great time. I am grateful.