Isha Koppikar: Shilpa Shetty and Anushka Sharma have burst the bubble that women’s careers get over after marriage | Hindi Movie News

Isha Koppikar may have been out of sight for the last few years, but she has certainly not been out of mind. The actress stays connected with her fans on social media and is now gearing up to make a comeback with a slew of OTT projects. As the actress turned 45 on September 19, ETimes reached out to her to know about how she had celebrated her birthday. Over the course of the conversation, the actress looked back at her career and also discussed the way ahead for her. Excerpts:

How did you celebrate your birthday this year?
I celebrated my birthday with my family and friends, keeping in mind all the protocols. There were lots of chocolates and cakes.

What is your fondest childhood memory of your birthday?
I used to live in a big society with 7-8 buildings. We had a huge circle of friends and we would all come together to celebrate birthdays. I used to bake my own cake as a kid; my mom used to teach me how to make it.

One of the best birthday gifts that you have ever received…
We all love surprises and I am no different. One of the most memorable birthday gifts was what my mom had planned when I was 7-8 years old and then she did it again when I was 15 and in my first year of junior college. When I reached home from school or college, my friends would be waiting with samosas and cakes. They would wish me a happy birthday; these little things add so much light to our lives. They mean a lot to me.

What did you wish for on your special day?
I wished that this whole world would be filled with a lot of love and compassion. I wished all the wars would end. I wished that people would stop judging and have unconditional love for one another so that everyone is happy and content. And in that, they don‘t forget God because unfortunately, we remember God only during a crisis. We have to remember Him during all times, not just the turbulent ones and have great inner communication.

Not coming from a film family, what attracted you to showbiz?
I was into performing arts right from my college days and would participate in extracurricular activities. I loved the art of acting; it was just obvious that I would be in the profession.

You have had the best of both worlds as you started your career down South and slowly made your transition to Bollywood. Has working in these industries been different?
The South is a very different market. The narration style and the languages are different. It has its pros and cons. But cinema is a universal language in itself.

Earlier, you have spoken about being replaced by star kids, casting couch, and even being typecast. Despite everything, how do you look back at your journey so far?
My journey has been a roller coaster ride. I am successful in my own way. I have accomplished what I set out to. Currently, it’s about talent with the advent of OTT. The concept of ‘star kids’ is fading by the day and talent is getting recognised.

You have been a part of some notable films in your career. Which is that one film that is closest to your heart and why?
‘Don’ was great; it was my dream to work with Shah Rukh Khan and it was great to share screen space with him. The entire process was such a learning experience. Other than that, ‘Kya Kool Hain Hum’ was also good as I was recognised as an actor with comic timing for it. That became my forte. I also got a lot of acclaim for ‘Shabri’ for essaying the character of a gangster.

Of all the actors you have worked with, who has been the most fun to work with?
It has to be Shah Rukh Khan. He is a thorough gentleman and has an unparalleled sense of humor. He is an extremely giving actor.

Any interesting anecdotes that you would like to share with us?
When I am on sets, I am an extrovert. We have great conversations and we make some amazing memories.

The OTT has been a game-changer for many actors. What are your thoughts on the digital space?
OTT has been a game-changer for talent. There are no tags and talent is getting recognised and we are competing directly with the world there. I wish to do some quality work. I want to be recognised as a fantastic actor. I am a passionate actor and want to be part of content-driven projects. There is so much to explore there.

If you were to make your debut in today’s time, what kind of films would you like to be a part of?
I would love to be part of a cute film, maybe something like ‘Kuch Kuch Hota Hai’.

Any recent Bollywood film that you thought was amazing and you would love to have been a part of?
I recently watched Sidharth Malhotra and Kiara Advani’s ‘Shershaah’. It was an incredible love story. I loved the film.

Were you a movie buff as a child? Who did you idolise during your growing-up years?
Of course, I was a movie buff! I used to go to theatres since I was very young. I used to admire Kajol and Tabu for their acting prowess, Madhuri Dixit for her dancing, Sridevi and Hema Malini for their expressions and comic timing. They were all amazing! I manifested my dream of becoming an actress from a very young age.

Tell us something about your love story with Timmy Narang. How did love blossom between you two?
Timmy and I met in a gym. He is a restaurateur and hotelier. He invited me to sample some of his healthy foods. We were phone friends and then after three years, we started dating. We dated for a year and then, got married. 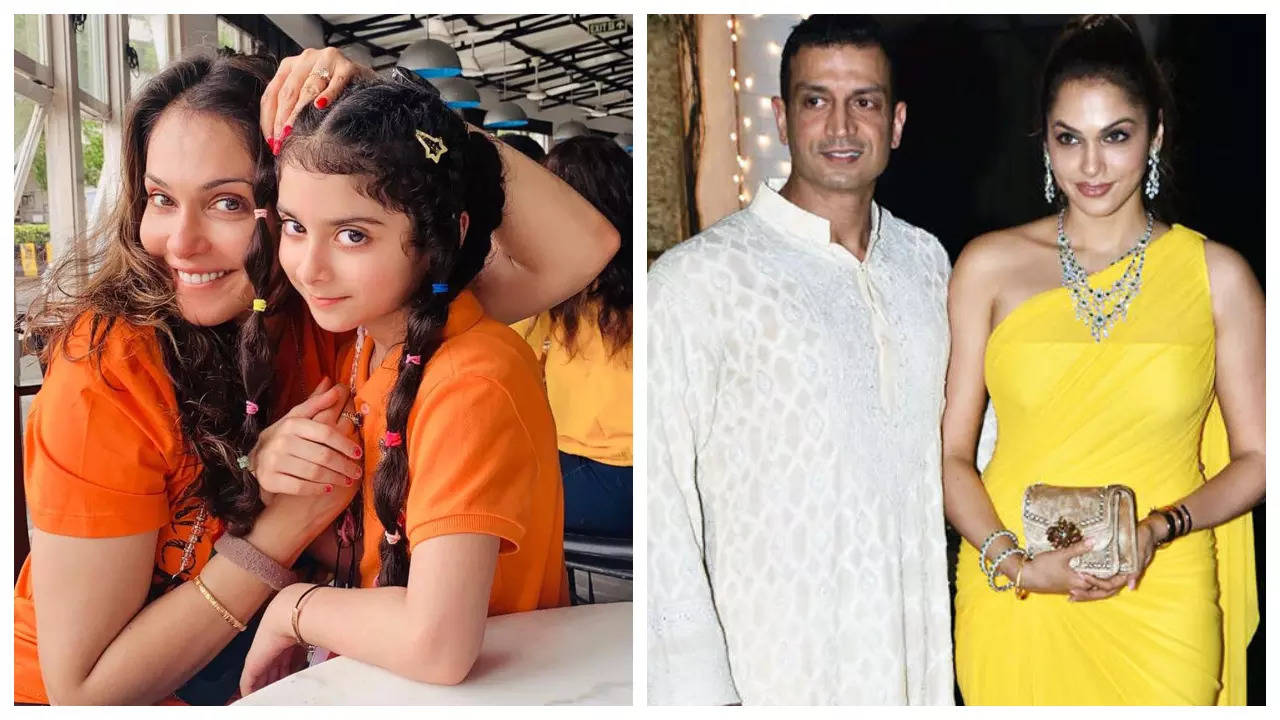 How are you enjoying motherhood?
My daughter Rianna is the most important part of my life. She is one of the nicest kids. She is more like a friend and helps me stay childlike.

Earlier it was believed that an actress’s career would be over after marriage. Actresses like you are changing the mindset…
Actresses like Shilpa Shetty and Anushka Sharma have changed things so much for every woman out there. I feel that eventually, we had to come out of the bubble that life will be over for women after marriage. All we are up to is doing things that really excite us and if in the process, we are inspiring others then that is great.

One actress from the younger lot that you feel has potential?
I think Shreya Dhanwantary, Sanya Malhotra, and Radhika Madan have incredible potential.

What’s next?
There are multiple upcoming OTT projects lined up ahead for me. I will be announcing them soon.