Kartik Aaryan is busy shooting for his upcoming film, ‘Satyaprem Ki Katha’ with co-star Kiara Advani. The actor recently gave his fans a sneak peek into his ‘night shoot’. 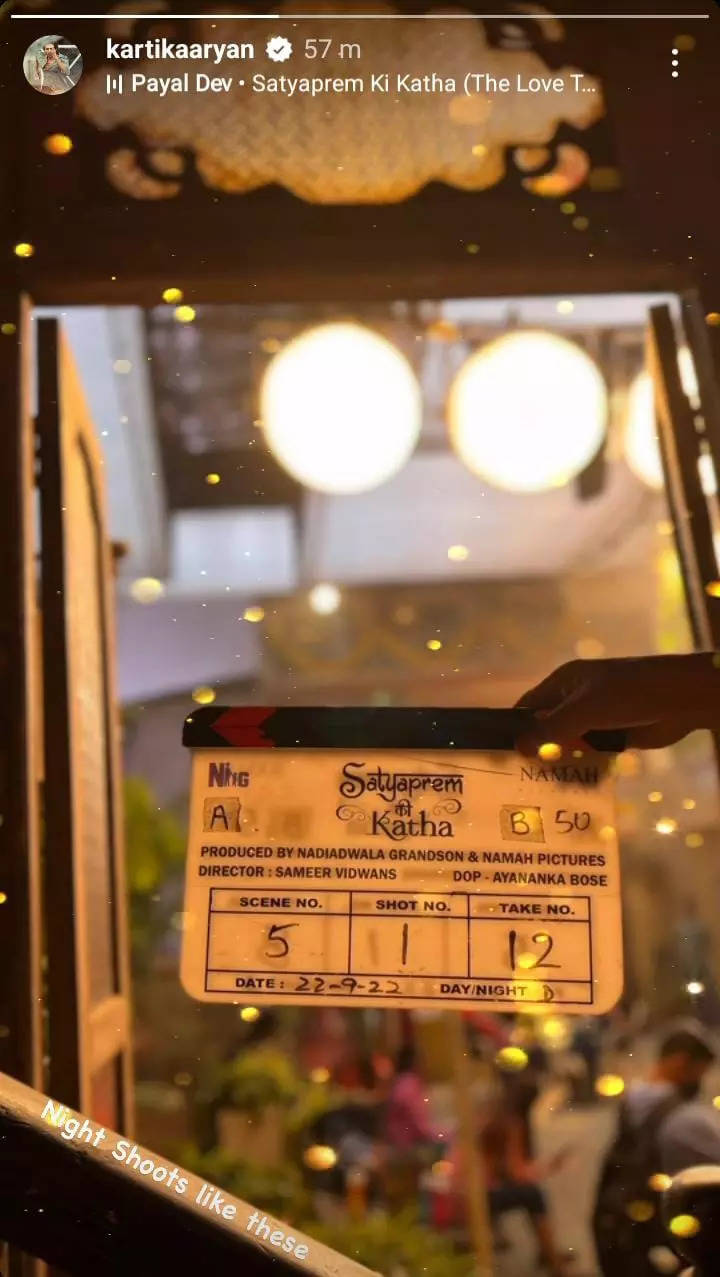 Kartik shared a photo of a clapboard which has the film’s name written on it. He captioned the photo, ‘Night shoots like these’. This film is reportedly a soulful musical love saga. It is directed by National Award-winning director Sameer Vidwans. The film is slated to hit the theatres on June 29th, 2023.

Earlier, the film was titled, ‘Satyanarayan Ki Katha’. However, the makers faced backlash for the same after many claimed it hurt their religious sentiments. It was later changed to ‘Satyaprem Ki Katha’.

Meanwhile, on the work front, Kartik is also a part of the official Hindi remake of ‘Ala Vaikunthapurramuloo’ which originally starred Allu Arjun. The Hindi remake has been renamed ‘Shehzada’ and also stars Kriti Sanon in the lead role.

Apart from these, Kartik also has Hansal Mehta’s ‘Captain India’ and Anurag Basu’s ‘Aashiqui 3’ in his pipeline.