Katrina Kaif recently treated her fans with a stunning selfie after wrapping up the all-night shoot for her upcoming film, ‘Merry Christmas’. 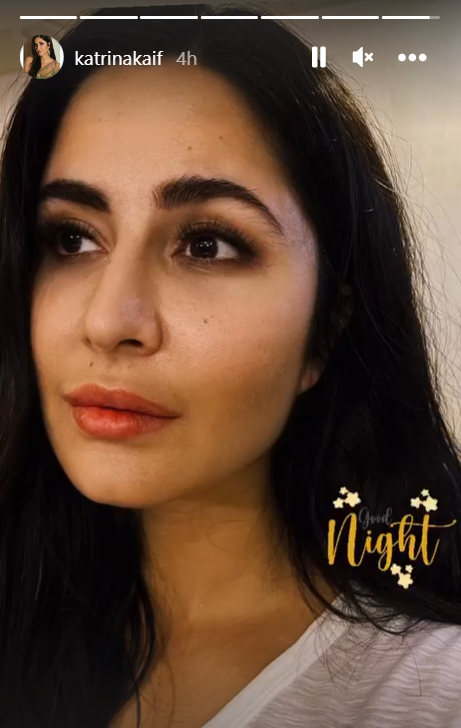 Dressed in a white outfit, the actress looks pretty as a peach in the photo. Despite pulling off an all-nighter, the glow on Katrina’s face is simply unmissable! Along with the photo, she wrote, ‘Good night’.

The Sriram Raghavan directorial also features South superstar Vijay Sethupathi in the lead role. This is the first time the director and the actors have collaborated on a film. BTS photos from the sets of the film have been making their way onto the internet and needless to say, they have raised the anticipation level of the audiences.

Apart from ‘Merry Christmas’, Katrina has ‘Tiger 3’ with Salman Khan and Emraan Hashmi. The actress is also awaiting the release of ‘Phone Bhoot’ co-starring Ishaan Khatter and Siddhant Chaturvedi.

Katrina has also been roped in for Farhan Akhtar’s ‘Jee Le Zaraa’ which will also star Alia Bhatt and Priyanka Chopra.