Mommy-to-be Alia Bhatt’s pregnancy cravings have set in and she recently expressed the same with her fans on Instagram.

Taking to her Instagram stories, the actress revealed that she was craving some pizza as she asked her fans to suggest some good pizza places in town. She wrote, ‘Guys, what’s the best pizza place in Mumbai? Craving.’ 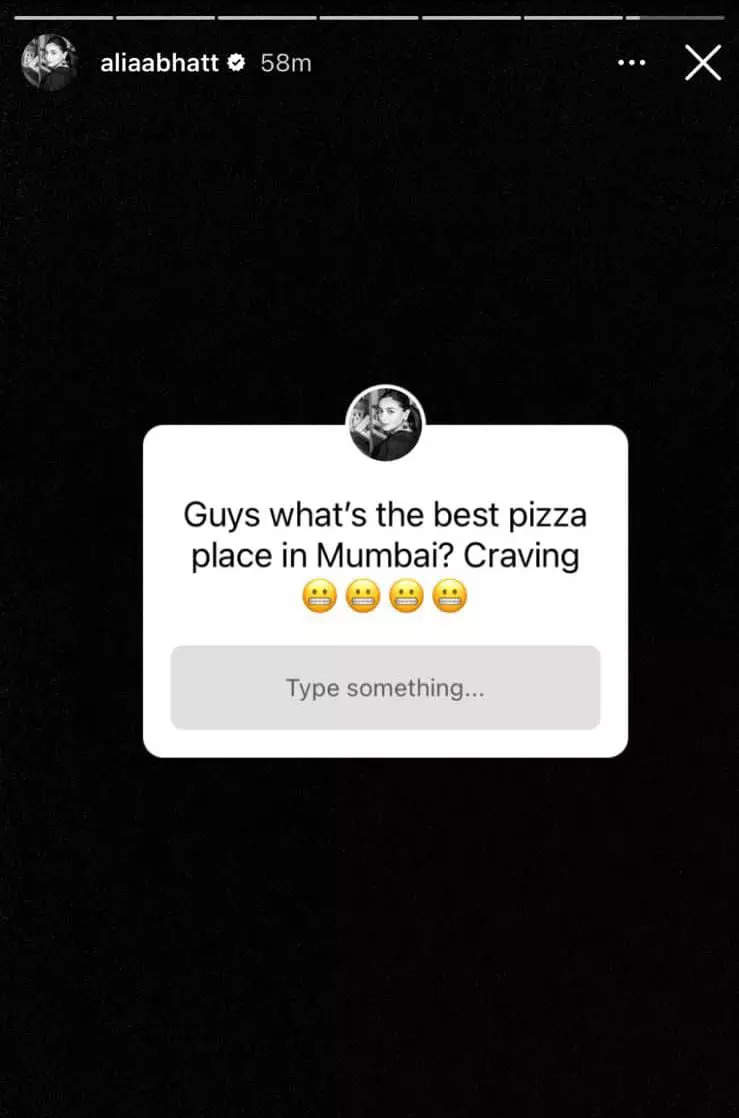 Right from shooting for her first international project, ‘Heart of Stone’ to promoting her maiden production, ‘Darlings’ to celebrating the success of her latest film, ‘Brahmastra’, Alia has been out and about throughout her pregnancy so far.

If some reports doing the rounds are anything to go by then her mother Soni Razdan and Mother-in-law Neetu Kapoor are planning for an all-girls baby shower for Alia. The report also added that the star-studded affair featuring Shaheen Bhatt, Kareena Kapoor Khan, Karisma Kapoor, Akansha Ranjan, Anushka Ranjan, Navya Nanda, Shweta Bachchan, Aarti Shetty and Alia Bhatt’s girl gang are confirmed to arrive for the function.

Alia got married to the love of her life, Ranbir Kapoor, earlier this year in April in an intimate wedding ceremony with just close friends and family in attendance.

Meanwhile, on the work front, Alia will next be seen in Karan Johar’s ‘Rocky Aur Rani Ki Prem Kahani’ co-starring Ranveer Singh in the lead role. The film also features Dharmendra, Jaya Bachchan and Shabana Azmi in key roles. It is slated to hit the theatres in February 2023.