Hina Khan, who made her Cannes debut in 2019, is making heads turn once again this year at the ongoing 75th Cannes Film Festival. The actress recently stunned in a gorgeous blue silk dress and it reminded us of Priyanka Chopra!

Taking to her Instagram handle, Hina shared some pictures of herself where she looked stunning in a Skytten Couture dress in blue. Captioning the post, she wrote, ‘A very good morning from the French Riviera 💙.. #cannes2022 #cannesfilmfestival #frenchriviera.’

Priyanka had worn a similar dress in black but with chain detailing instead of the shimmer. Bollywood’s Desi Girl’s dress was designed by Israeli designer Galia Lahav for the red carpet premiere of ‘Chasing Happiness’, a documentary about the Jonas Brothers. 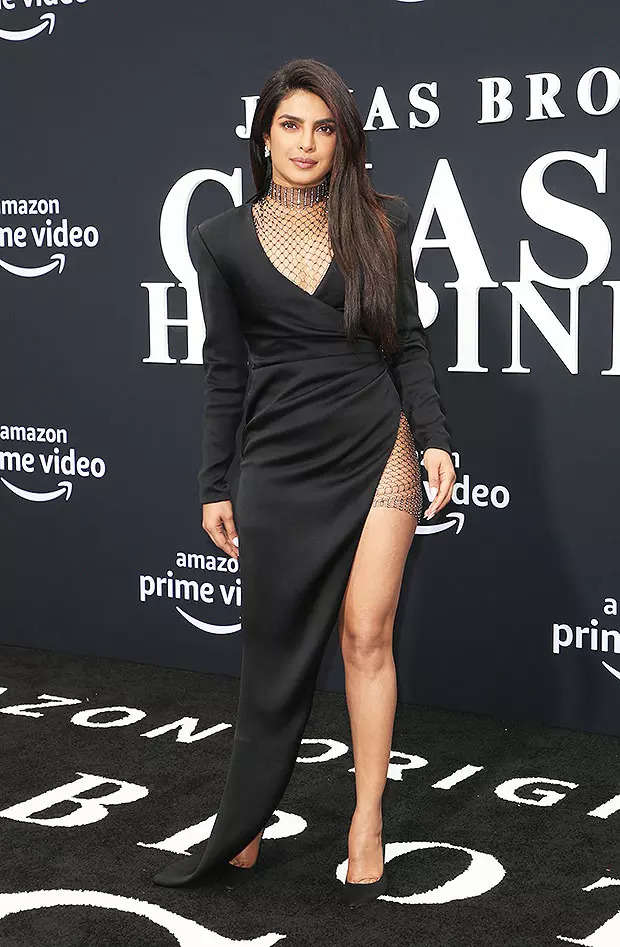 Hina unveiled the poster of her upcoming film ‘Country of Blind’ at the Indian Pavilion (Cannes Film Festival) on Sunday.

Sharing the poster of the film along with a few glimpses of the launch, Hina wrote, ‘It’s not easy to make experimenting cinema for anyone but making it internationally reasonable too is a harder job, especially for independent filmmakers. We too were met with such challenges but we decided to stick with the essence of the story.’

Further she added, ‘As an actor it was both extraordinary and interesting to play a blind girl for more reasons than I can write now. First look of our creative leap of faith Country of Blind was unveiled in the most prestigious Cannes Film Festival 2022 – Indian Pavilion. @festivaldecannes.’